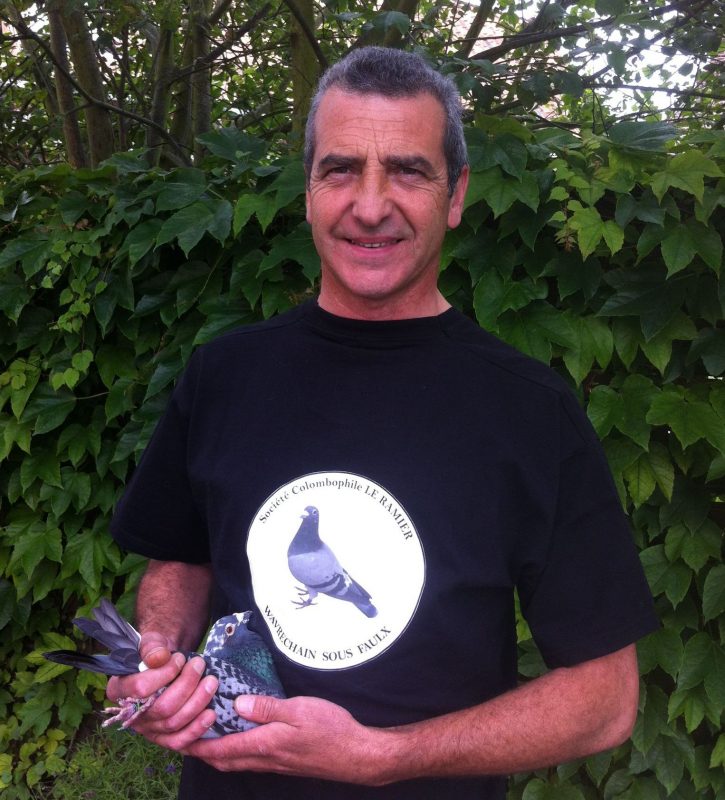 I discovered Géry Etuin in 2007, following his 1st National and 2nd International Irun with his IRUN MAN.

Coming from a family of pigeon fanciers, Géry started in pigeon racing in 1971 with his father, Emile. From 1988, Géry has flown on his own, first to Ramillies and Wavrechain under Faulx since 1992, a small village located between Cambrai and Valenciennes. At the beginning Géry played all the contests, but for his family life, Géry concluded an agreement with his wife to play about 10 weekends per season. From 1993 to 2001, Géry participated in speed events. In 2002, it is the orientation towards the long distance competitions and the international ones since 2004. It did not take long for Géry to become a sure value of international races.

Since 2004, his boats are classified in the TOP 10 National. First of all with the Mitterand 2 from its ancient origins. 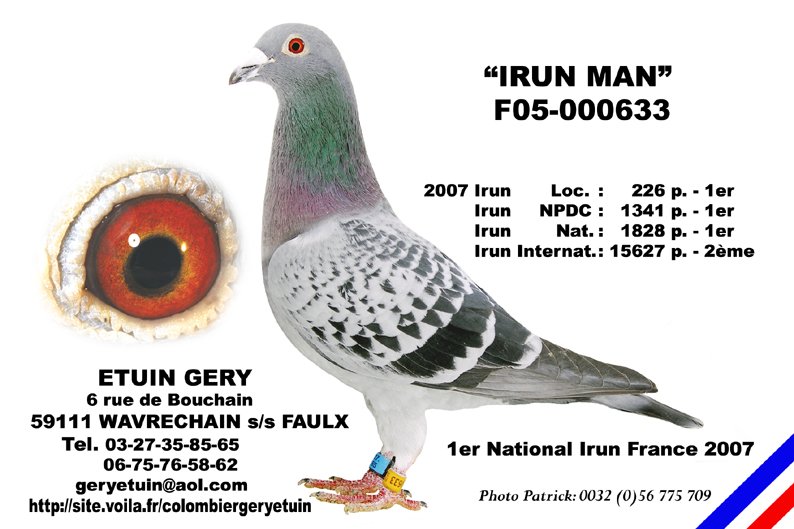 Winner of EURO DIAMOND PIGEON TARBES in 2010 with Eurodiamond. 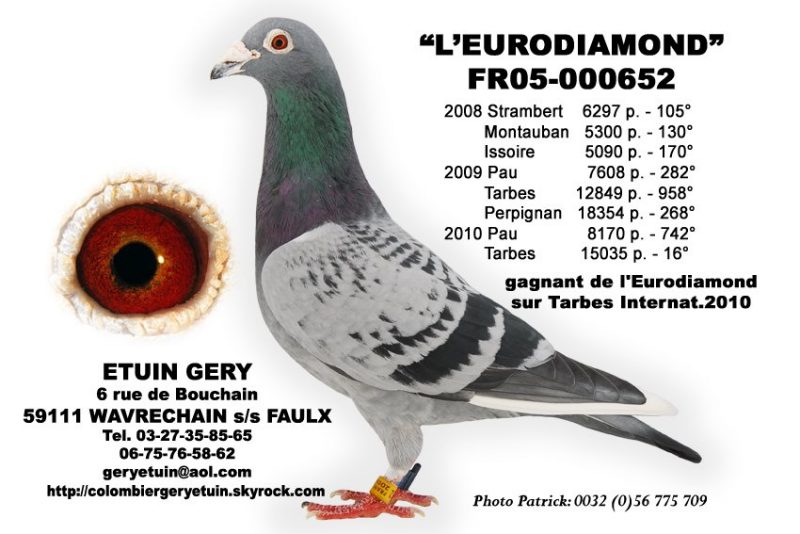 2012, after a 3rd National of Barcelona against 2900p, Géry sees his “Narbonne 1” bring him a second National victory over Narbonne and also wins on the same Narbonne the 2nd and 5th National.

The “Narbonne 1” which continues thereafter an exceptional career as a traveler, being in particular : 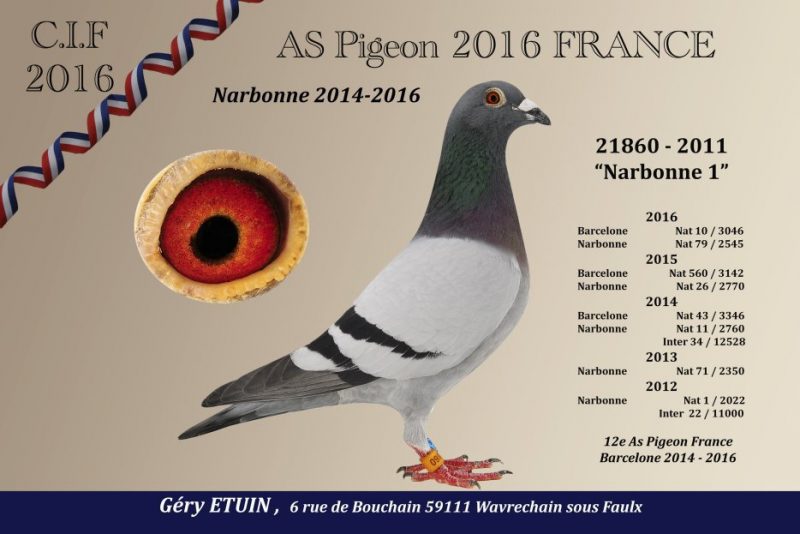 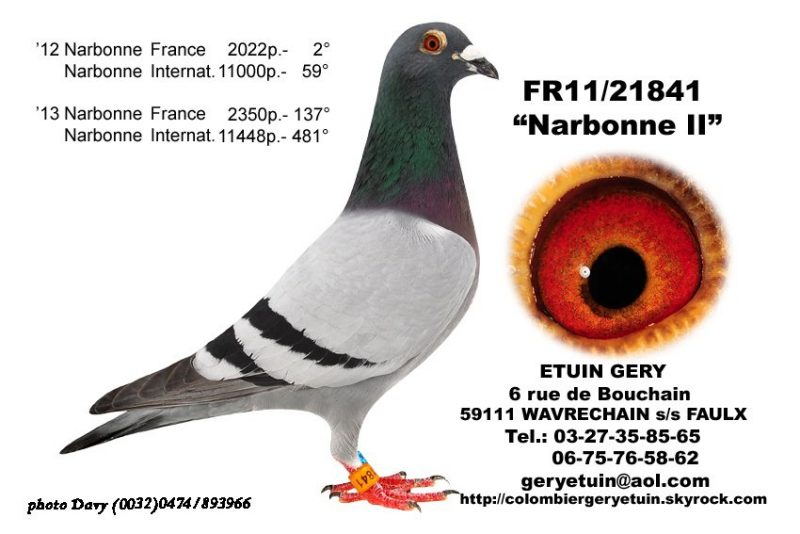 2013, will remain a year engraved in the marble for Géry, since during this season he wins : 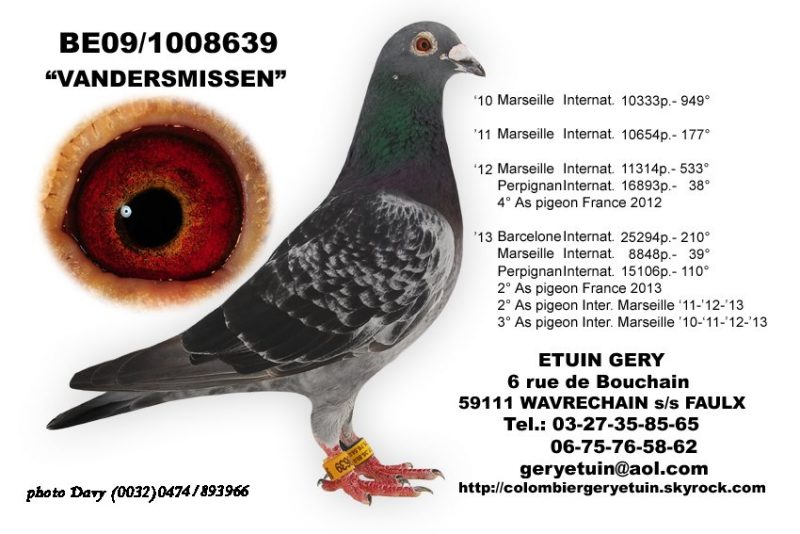 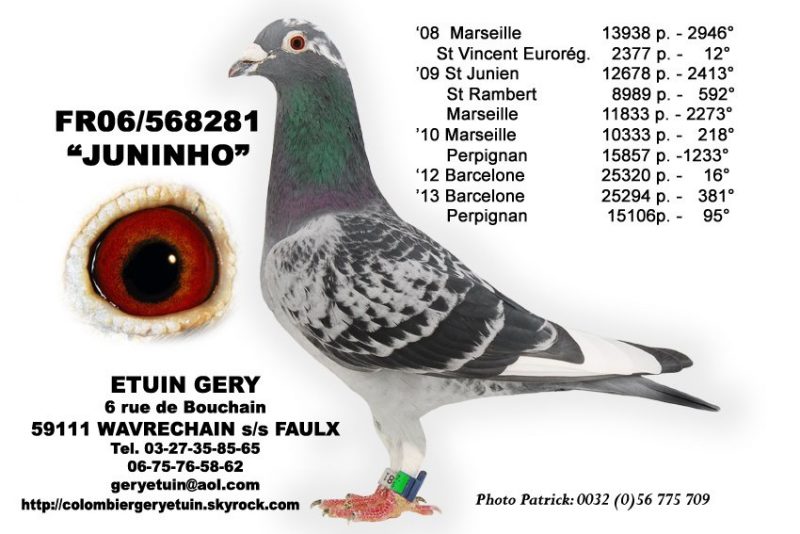 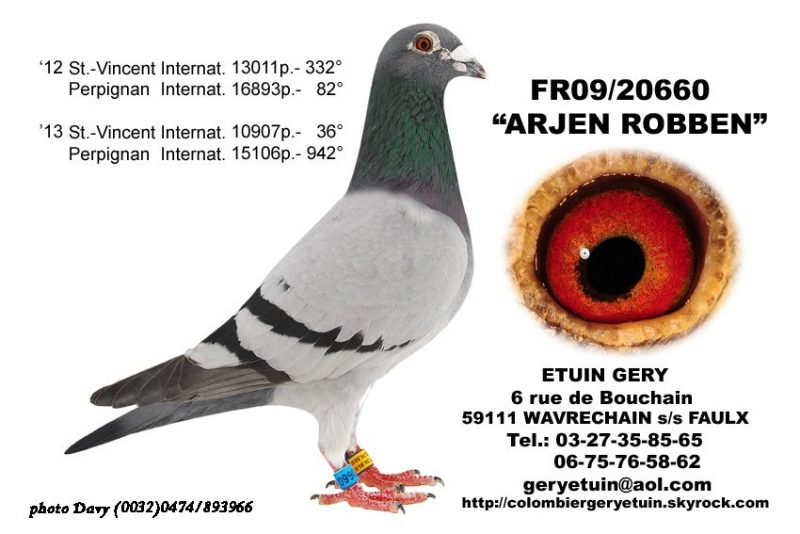 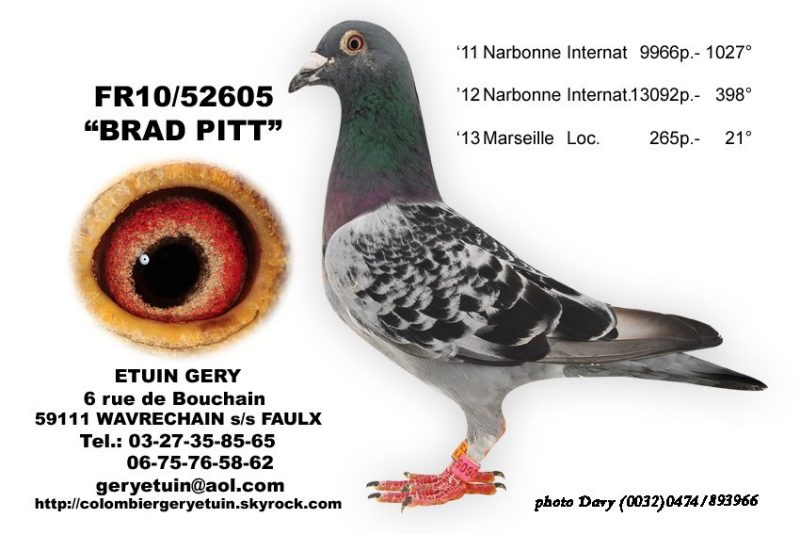 EURO DIAMOND PIGEON 2014 MARSEILLE, At the peak of his art, the best travelers were scattered at an auction at the dawn of the 2015 season. Auction remains to this day one of the best sales of a French amateur.

The strain of Géry is it, that this sale of these best travelers has not decreased its performance. Géry wins as well :

Here are the new spearheads of the Etuin Géry’s Loft : 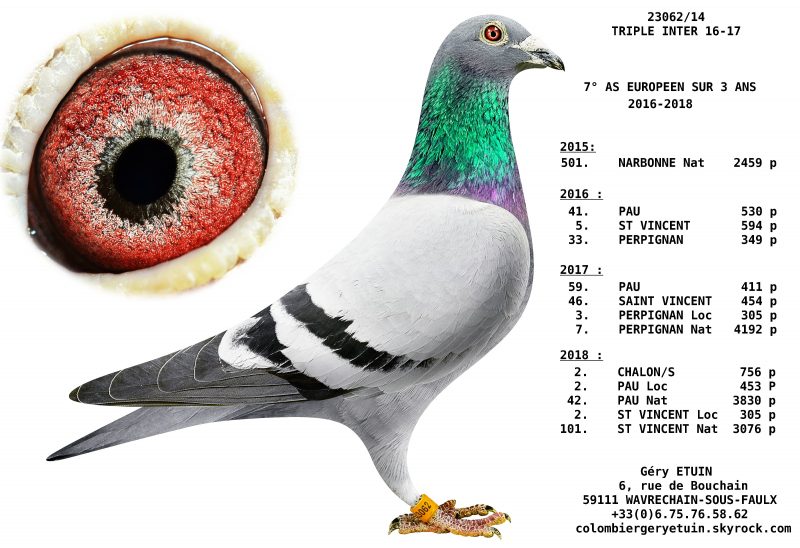