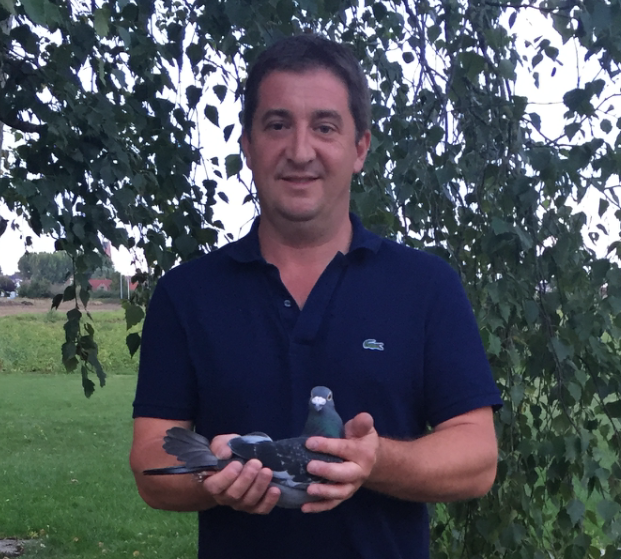 Indeed, at 9 years old and for his eighth season in international competitions, Kloden still ensures these 3 prizes of 3 basketing. This brings to 18 the number of prizes won in a European marathon races. Since 2012 and its participation in Narbonne Yearling, Kloden has consistently ranked at the top of the important milestones of the calendar as well:

With the following results :

After winning, the latter, the following Ace pigeon titles :

Samuel can again be satisfied with his Kloden. Thanks to these services 2019 :

Fatherly side, we find in his pedigree the origins of Gaston Slots (Belgium).

Small colony, max results, we could sum up Samuel Turcq’s loft in this way. In Mérris, the play team is compound of a dozen to fifteen old birds basketing in classic widowhood, 18 months included as well as fifteen late males. Added to this 4 breeding pairs and here is the composition of the colony.

Small in size but large in quality, in the 4 breeding pairs, we can find :

There is no doubt that the future is secure, especially since the young people of Kloden 2018 and 2019 are following in their father’s footsteps. Moreover, another son of Kloden has just completed this season 3 prizes of 3 engagements at Claude Vermeech loft (France). Which shows all of Kloden’s breeding qualities.

All this obtained through inbreeding work on its basic origins: Gaston Slots (Belgium) and Jack Van Der Wegen (Nederlands) introduced with his friend Philippe Bodart from Merville (59-France).

As for the racing season, nothing could be simpler, after having reared in the late season, the travelers are separated during October until the end of March. They are then returned to housekeeping and incubate for a few days.

In preparation for international races, the old birds take part in 2 speed competitions, 3 middle-distance competitions, including a competition in the Nord Pas de Calais department (North of France : race with 20000 birds). The pigeons are then divided into several teams and still participate in a 600kms competition before being basketed for their 1st international competition. In terms of motivation, on the day of basketing, Samuel reunited males and females at the end of the morning until 4 p.m., the time at which he left the basket-winners.

On the food side, widowers receive a sport mixture, no depurative or super diet, or dessert mixture. They are fed twice a day, always before the flight (7:30 am and 5:30 pm). This allows Samuel to be able to go to work without worrying. At the start of the season, they receive a teaspoon per meal and finish with a tablespoon at the end of the preparation.

An anti-trichomoniasis is given as a preventive after each international competition.

Part of the winners of recent seasons : 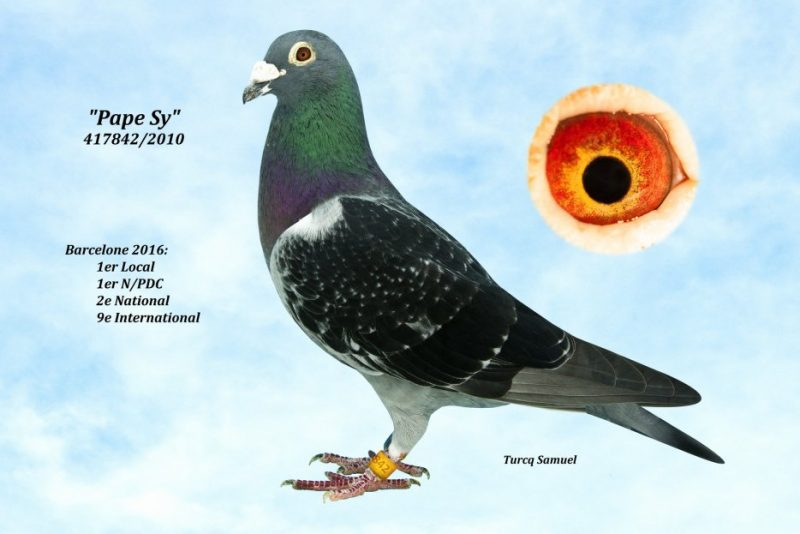 Half-brother of Papesy. His mother is also a 100% Gaston Slots origins. 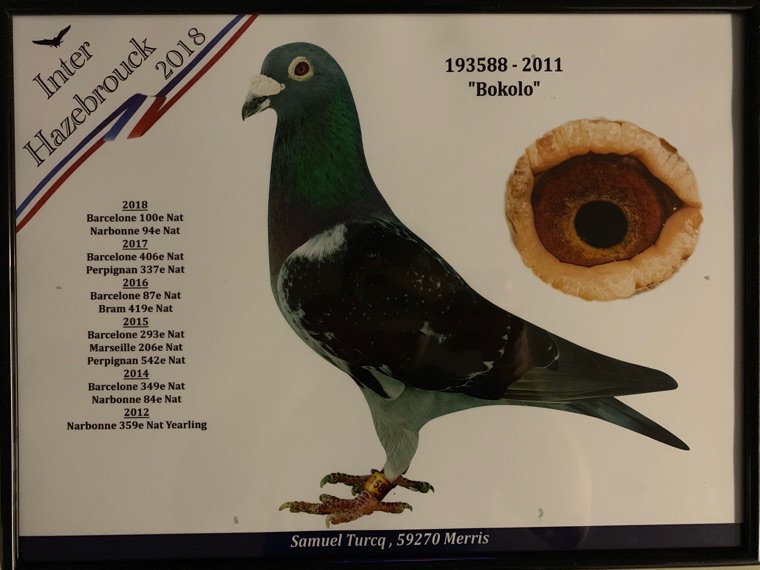